"The Americas segment saw the benefit of growth in Contractor Connection in the U.S., improvement in Latin America, and an increase in claims in our key Canadian market, which combined to generate solid year-over-year improvement in this segment.

"In our Broadspire business, we saw an improvement in operating profitability in the 2013 second quarter. While approximately $3.0 million of this improvement in revenues and operating earnings was a one-time benefit, the sequential increase in Broadspire's continuing operating earnings over the 2013 first quarter was an encouraging result. We are pleased with the progress being made in this important element of the Company's business and continue to be focused on driving ongoing operating improvements in Broadspire. We remain optimistic that this segment will show meaningful growth throughout the remainder of 2013.

"While the EMEA/AP segment posted strong results with a double digit operating margin in the 2013 quarter, revenues during the current quarter slowed in the U.K. and Asia-Pacific regions as compared to the 2012 period. During 2012, we were more heavily engaged in the ongoing handling of claims arising from the 2011 catastrophic flood losses in Thailand. While the Thailand catastrophe remains a meaningful project for us, related business activity has begun to taper as we wind up the handling of claims there.

"During the 2013 second quarter our Legal Settlement Administration segment remained engaged in responding to the Deepwater Horizon class action settlement, as well as a number of other meaningful class action and bankruptcy matters. We are encouraged to see our non-Gulf related work increasing, which bodes well for the longer-term outlook of this business. We expect operating activity in this segment to continue at a reduced rate as compared to the 2012 levels, but remain strong on a historical basis during the remainder of 2013."

Mr. Bowman concluded, "We are pleased with the strong, balanced results in the 2013 second quarter and we are encouraged by the opportunities in front of us. We are driving our Company to create long-term shareholder value and see our results for the first half of this year as evidence of this. Based on our positive outlook for the second half of the year, we are increasing certain aspects of our annual guidance for the remainder of 2013."

Segment ResultsCertain marketing functions that were previously included in each segment are now included in our corporate administrative costs and allocated back to the segments. The results of prior periods have been revised to conform to the current presentation.

2013 GuidanceCrawford & Company is affirming and increasing certain aspects of its full year 2013 guidance as follows:

To a significant extent, Crawford's business depends on case volumes. The Company cannot predict the future trend of case volumes for a number of reasons, including the fact that the frequency and severity of weather-related claims and the occurrence of natural and man-made disasters, which are a significant source of claims and revenue for the Company, are generally not subject to accurate forecasting.

Earnings per share may be different between CRDA and CRDB due to the payment of a higher per share dividend on CRDA than CRDB, and the impact that has on the earnings per share calculation according to generally accepted accounting principles. References in this release are generally only to CRDB, as that presents a more dilutive measure.

Conference CallCrawford & Company's management will host a conference call with investors on Monday, August 5, 2013 at 3:00 p.m. EST to discuss second quarter 2013 results. The call will be recorded and available for replay through August 19, 2013. You may dial 1-855-859-2056 (404-537-3406 international) to listen to the replay. The access code is 22871358. Alternatively, please visit our web site at www.crawfordandcompany.com for a live audio web cast and related financial presentation.

Operating earnings is the primary financial performance measure used by our senior management and chief operating decision maker ("CODM") to evaluate the financial performance of our Company and operating segments, and make resource allocation and certain compensation decisions. Unlike net income, segment operating earnings is not a standard performance measure found in GAAP.  We believe this measure is useful to others in that it allows them to evaluate segment and consolidated operating performance using the same criteria our management and CODM use. Consolidated operating earnings (loss) represent segment earnings (loss) including certain unallocated corporate and shared costs and credits, but before net corporate interest expense, stock option expense, amortization of customer-relationship intangible assets, special charges and credits, income taxes, and net income or loss attributable to noncontrolling interests. The reconciliation of operating earnings (loss) to net income attributable to shareholders of Crawford & Company on a GAAP basis is presented below.

Unallocated corporate and shared costs and credits represent expenses and credits related to our chief executive officer and Board of Directors, certain provisions for bad debt allowances or subsequent recoveries such as those related to bankrupt clients, defined benefit pension costs or credits for our frozen U.S. pension plan, and certain self-insurance costs and recoveries that are not allocated to our individual operating segments but are included in our financial performance measure of consolidated operating earnings.

Income tax expense, net corporate interest expense, stock option expense, and amortization of customer-relationship intangible assets are recurring components of our net income, but they are not considered part of our consolidated or segment operating earnings (loss) because they are managed on a corporate-wide basis. Income tax expense is calculated for the Company on a consolidated basis based on statutory rates in effect in the various jurisdictions in which we provide services, and varies significantly by jurisdiction. Net corporate interest expense results from capital structure decisions made by senior management and affecting the Company as a whole. Stock option expense represents the non-cash costs generally related to stock options and employee stock purchase plan expenses which are not allocated to our operating segments. Amortization expense is a non-cash expense for finite-lived customer-relationship and trade name intangible assets acquired in business combinations. None of these costs relate directly to the performance of our services or operating activities and, therefore, are excluded from segment operating earnings in order to better assess the results of each segment's operating activities on a consistent basis.

Special charges and credits may arise from events (such as expenses related to restructurings, losses on subleases, etc.) that are not allocated to any particular segment since they historically have not regularly impacted our performance and are not expected to impact our future performance on a regular basis.

Following is a reconciliation of segment and consolidated operating earnings (loss) to net income attributable to shareholders of Crawford & Company on a GAAP basis and the related margins as a percentage of revenues before reimbursements for all periods presented (in thousands, except percentages):

Further information regarding the Company's financial position, operating results, and cash flows for the quarter and six months ended June 30, 2013 is shown on the attached unaudited condensed consolidated financial statements.

About Crawford & CompanyBased in Atlanta, Georgia, Crawford & Company (www.crawfordandcompany.com) is the world's largest independent provider of claims management solutions to the risk management and insurance industry, as well as to self-insured entities, with an expansive global network serving clients in more than 70 countries. The Crawford System of Claims Solutions® offers comprehensive, integrated claims services, business process outsourcing and consulting services for major product lines including property and casualty claims management, workers' compensation claims and medical management, and legal settlement administration. The Company's shares are traded on the NYSE under the symbols CRDA and CRDB.

FOR FURTHER INFORMATION REGARDING THIS PRESS RELEASE, PLEASE CALL BRUCE SWAIN AT (404) 300-1051.

Based in Atlanta, Ga., Crawford & Company (www.crawfordandcompany.com) is the world's largest independent provider of claims management solutions to the risk management and insurance industry as well as self-insured entities, with an expansive global network serving clients in more than 70 countries. 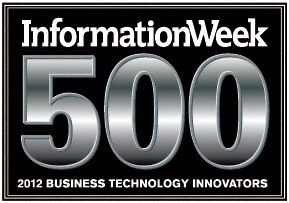